Hyperloop One, the Train of Tomorrow…Today 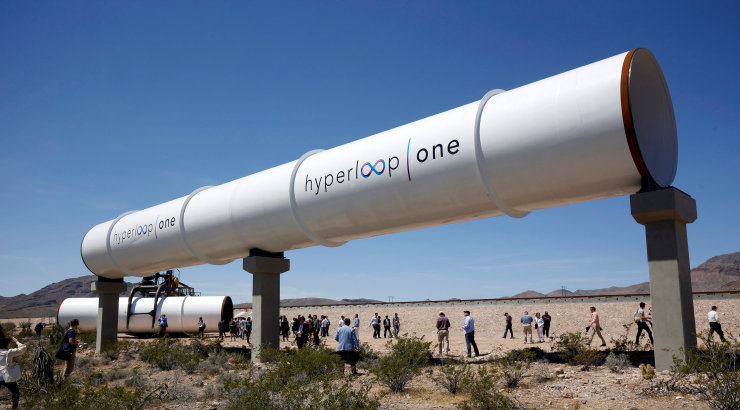 In 2017, Virgin Mobile purchased the Hyperloop One company and unveiled its concept for the train of tomorrow. Hyperloop One chose 10 cities around the world to introduce it’s high speed commuter trains and plan to grow from there. This underground train travel up to 7oo MPH in a vacuum sealed tube. Making long distance travels or work commutes obsolete.

For the first time in over 100 years, someone has created a completely new form of travel. The idea started with putting the train’s engine not in the train itself, but on the track. Hyperloop one has created a linear motor using electromagnets that lays on the track while propelling the train car at high speeds with minimal effort. The track is encased in a vacuum sealed tube so the train can travel at very high speed with little-to-no resistance. The airless tubes mock a plane traveling in the stratosphere at 200,000 feet. This makes for a very smooth ride, giving the passenger the feeling as if they’re floating. Achieving incredible speeds while simultaneously creating noiseless and comfortable environment, has fundamentally changed travel as we know it.

One area that was chosen for a Hyperloop One system was Central Florida. The Hyperloop line is expected to run from Orlando to Miami and can carry passengers to and from the two cities in only 26 minutes. Being able to work in Miami and live in Orlando with a 30 minute commute has never been a possibility. The adverse effects of this commuting system are just now being realized. In this writers opinion, this will terra-form all areas surrounding the Hyperloop One line. There are also plans to place this system in many other countries such as India, Mexico, United Kingdom, and Canada. The trains will eventually carry freight cars completely revolutionizing how we ship goods and resources.

Hyperloop One has done something that will change the way we live and travel forever. With any new groundbreaking technology it is hard to image how it will change our lives, but it will. We are on the eve of something here. As long as we keep the safety and practicality of it at the foundation, it will only be a benefit for mankind. I don’t know what the future holds for Hyperloop One, but I eagerly await its arrival.