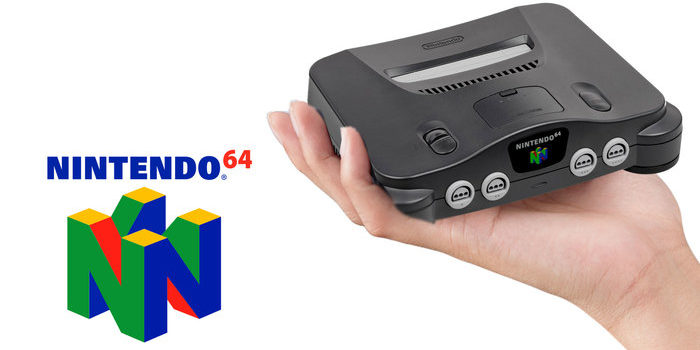 Top Ten Games Nintendo Should Bring to the Nintendo 64 Classic

nintendo31 video games34
There’s nothing quite like a trip down memory lane. Everyone loves a good opportunity to wax nostalgic about their favorite video games. For many... 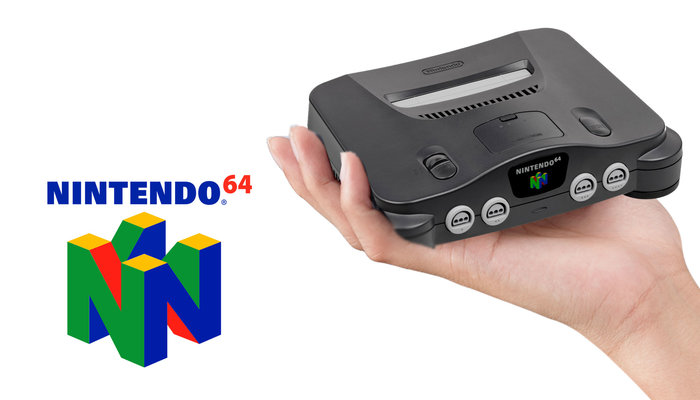 There’s nothing quite like a trip down memory lane. Everyone loves a good opportunity to wax nostalgic about their favorite video games. For many gamers, the era that introduced them to gaming was the N64 era, following the explosion of 3D adventure games. As such, the prospect of an N64 Classic has many gamers excited to see what kinds of games Nintendo might include. While there is some speculation that the issue of acquiring the rights to Rare properties might be a sticking point for Nintendo, we’re assuming they’ll work things out. With that minor quibble out of the way, let’s look at the ten games we most want to see appear on the Nintendo 64 Classic.

The strongest selling point of the Nintendo 64 during its heyday was party-focused gameplay. The four controller ports on the front of the system sell this idea instantly. This console is one that you bust out when you have friends over. College dorms across the world were host to parties involving our first game, Mario Kart 64. Nintendo has an opportunity to sell many, many N64 controllers if they package this game (and a few others on this list) with the N64 Classic. That said, the controller may well be a sticking point: The Classic Consoles, up to this point, have had compact packaging. It remains to be seen how Nintendo will handle the large, unwieldy N64 controller in a potential re-release.

The game that started the legendary Smash Bros franchise, Super Smash Bros remains one of the most fabled fighting games of all time. Its inclusion on the re-release would help solidify decades of Nintendo history, acting as a snapshot of a snapshot. Smash Bros contains countless references to older games and holds the history of the franchises within in reverence. This is not dissimilar from the Classic series as a whole, which seeks to immortalize the history of this legendary game company. Not to mention, the capacity of this game to set the stage for four-player party-mode is impossible to understate.

Introducing an entire generation of gamers to first-person shooters is no easy task, but Rare did it. Their excellent N64 Bond game, Goldeneye, was well-regarded for having excellent graphics and controls. It was the center of countless gaming parties, as four-player split-screen ruled the day in multiplayer in this era. While this style of first-person shooter fell out of favor after the introduction of Halo, it remains a favorite of many. If only for the nostalgic memory of parties with friends, Goldeneye maintains a stellar reputation among gamers.

The N64 saw the golden age of the collect-a-thon 3D platformer. Nowhere is that better exemplified than in the classic, Banjo-Kazooie. Filled to the brim with fun, wacky characters and pure joie de vivre, Banjo is an unforgettable experience. Those who spent hours hunting down well-hidden puzzle pieces can attest to the game’s addictive, simple fun.

Rare was nigh unbeatable in the late nineties. Diddy Kong Racing, their take on Mario Kart-style arcade racers, is regarded as one of the best racing games of all time. Its open world adventure, huge character roster and range of vehicle types made it one of the most robust of its era. To this day, few cart racing games can match up to DKR in scope. Or, even if they can, they don’t quite match its inventive, fun spirit.

We feel as though any entry in this series would be a fine fit on the Nintendo 64 Classic. However, 2 or 3 may be preferred, if only because of their increased number of minigames and boards. Another fantastic party game and one of the finest virtual board games, Mario Party is an easy inclusion. If ever there was a way to sell more N64 controllers, including Mario Party on the system would be guaranteed to do it. Many rivalries were borne out of this game’s mechanics, and some persist to this day. I still have a few scores of my own to settle…

The first game to see Pokemon brought to the big screen, Pokemon Stadium served as a bridge for the handheld games. Importing Pokemon to the game through the adapter pack might even be possible in a potential N64 Classic. While not many people still have their old cartridges, the inclusion of such an option could pay dividends for Nintendo. It could even be a way to prepare consumers for a potential Game Boy Color Classic. Imagine: you can transfer Pokemon caught in your emulated Pokemon Red to your emulated Pokemon Stadium!

No one expected this silly-looking, gimmicky Mario title to be one of the most robust, fleshed-out RPGs of all time. Well, it is all that and more. Witty, funny, engaging and downright awesome, Paper Mario stands as one of the greatest RPGs ever created. While the series went on to have a stellar sequel in Thousand Year Door, subsequent entries left the RPG elements behind in favor of platforming and light puzzle solving. However, introducing younger gamers to the original would be an excellent way to drum up excitement for a proper sequel!

Included on countless best-of lists, Ocarina of Time is one of the very best adventure games ever crafted. Its structural purity, eagerness to explore and tantalizing world make it an entirely engrossing quest. Link’s allegorical and literal journey from boyhood to adulthood resonated with countless gamers. To this day, the impacts of the game’s mechanics and world are still being felt around all 3D adventure titles. As the first, and the greatest, it’s impossible to not at least reference the title when making a third-person adventure.

While Sony may have beat Mario to market with Crash Bandicoot, Mario defined the nature of 3D platformers with this game. Never quite matched before or since, Mario 64 is a rare game indeed. Featuring a sense of wonder and exploration unique to Nintendo, this game taught gamers all over the world how to think in three dimensions when platforming. Complex, skill-rewarding courses meld with pitch-perfect sound design to deliver a rich experience.

The star of the show, however, is Mario’s perfectly tuned controls. Whenever you botch a jump or die to an enemy, there’s no one to blame but yourself. You always feel as though the move you’re trying to pull off is a few button inputs away. Nothing stops you from enjoying this game to its fullest, as you jump, dive and explore to your heart’s content. Truly, this is one of the finest adventures Nintendo has to offer from its backlog.