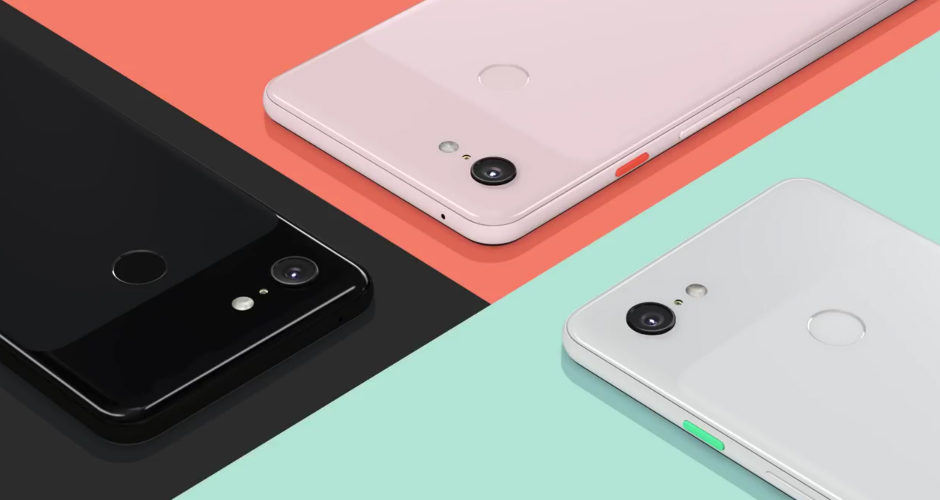 The third iteration of Google’s flagship phone isn’t a huge leap forward. There’s no in-display fingerprint scanner, 3D facial recognition or ridiculous specs. Instead, the search engine giant is doubling down on what it does best.

The Pixel 3 and 3 XL got Google’s start treatment on Tuesday at a launch event in New York, and we got straight to work checking them out. Already, the phones reject major smartphone trends. First, there’s one camera on the back, not two or even three (but you do get two on the front). Second, they start at under $1,000 each. Third, there’s no wild color; the “craziest” still looks kind of white. And finally, there’s no gimmicks to speak of. Google is clearly focused on functionality rather than just things that sell.

On paper, these flagships make the jump when it comes to hardware and software, but otherwise just riff off of 2017’s Pixel 2 ($649 at Google Store). And then I picked them up. Holding the 5.5-inch Pixel 3 and 6.3-inch Pixel 3 XL in my hand was a different story. These are sleek, almost slippery devices with rounded edges and thoughtfully curved elements, like the slightly tacky clear panel on the back.
The Pixel 3 and 3 XL are undoubtedly Google’s most refined Pixel phones yet. If performance holds up during our testing, I can see how this could be a go-to phone for Android fans, not because they’re innovative, but because they’re both appealing to hold and use due to the buttery smooth stock operation system, Android P.

You can buy the new Pixel 3 phones in black, white and “Not Pink.” The glossy plane on the Pixel’s signature two-tone backing has shrunk over the years, and slightly curves down at the corners rather than cut straight across. In fact, nearly everything about the Pixel 3 is subtle, and that could very well be the phone’s main strength.

Pixel 3’s most interesting camera tricks are under the hood
Google’s Pixel cameras have always been less about flashy gimmicks and more about the kind of software processing that Google can milk from its equipment. After all, Google is a software company at its core. Computer learning and camera AI are major ingredients in the Pixel 3. Both phones have a single 12.2-megapixel rear camera and two 8-megapixel lenses on the front.

Here are some camera highlights:

Super Res Zoom: Promises sharp, clear detail when you digitally zoom in to a scene — that’s without a telephoto lens.
Night Sight: Google promises clear, bright low-light photos without the need for a flash, which can blow out shots or make them unnaturally bright. This will build off Google’s already considerable low-light strength.
Photobooth mode: Turn on this setting and the Pixel 3 will snap photos when the subject smiles or makes a funny face.
Top Shot: When motion capture is turned on, Top Shot, which arrives “later,” will recommend a better version of a shot you may have missed. It’s intended for correcting candid photos, like someone cannonballing into a pool. You can also choose your own from what the phone grabbed while the motion capture was on.
Group selfie: This isn’t so much a convenient mode or button you press as you flipping the camera toward yourself and manually zooming out to the wide-angle lens.
Playground: For AR enthusiasts, swipe a button in the camera to toss characters, including Star Wars’ BB-8, Marvel’s Iron Man and Childish Gambino (aka Donald Glover) into the landscape you see through the viewfinder.