Apple is having another event this month to introduce new products and provide updates. This is the follow up event to the iPhone XS... 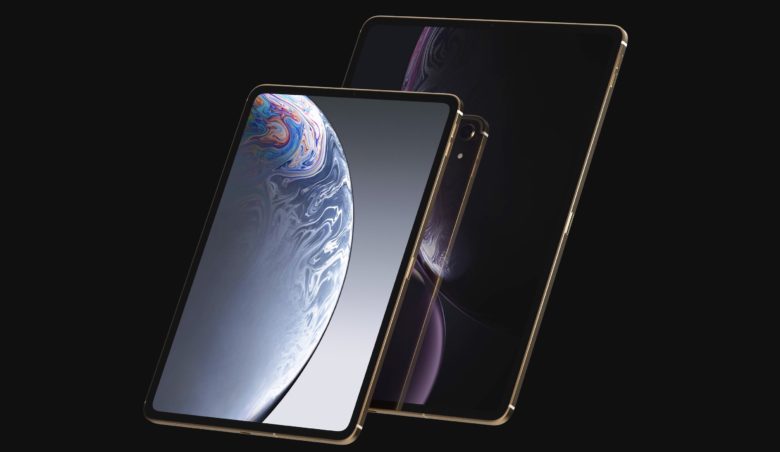 Apple is having another event this month to introduce new products and provide updates. This is the follow up event to the iPhone XS event early last September. We are expecting even more great new products and some updates to our favorites.

The event has come to be known as “There’s more in the making” so you know something special will be unveiled. Apple sent out unique and individualized invitations and the event is always a must attend for the tech world. We will bring you all the updates and juicy details from the event.  Let’s take a look at what we got coming out, especially updates to the iPad Pro!

The Updates to the iPad Pro

Apple unveiled what it’s calling the biggest change to the iPad since its inception eight years ago. Its new features play in to Apple’s mission to make the tablet more adaptable and appealing to a larger audience.

Apple announced their new and bigger 11-inch and 12.9-inch iPad Pros in New York today, which now come with Face ID, a USB-C charging port, and a new “Liquid Retina” display. With 5.6 million pixels, iPad Pro features the highest-resolution Retina display of any iOS device. The 12.9-inch screen makes everything you do — editing 4K video, designing presentations, running a business — easier, faster, and more engaging. And the Multi-Touch subsystem has been re-engineered, expanding the ways you can interact with iPad. Aesthetically, they’ve got slimmer bezels that only come in black, like the new MacBook Airs. The black bezels, when paired with the Smart Keyboard Folio, make the iPad Pro look closer to a laptop than it ever has before. They also allow for the 11-inch model display to fit a bigger screen into the same overall dimensions as the prior 10.5-inch model.

There’s a new iPad Pencil stylus with support for gestures that let you switch between the different digital brush styles. You won’t lose this one as easily as last year, since it clips to the side of the iPad with magnets. It even wirelessly charges when attached to the iPad, an improvement over the silly Lightning plug from last year.You’ll pay more for the iPad Pencil and a keyboard, though, which cost $129 and $179, respectively.

The new iPad Pro is 5.9 mm thinner — about 15% slimmer than its predecessor. And that Home button….Gone. It has been updated with the iPhone x gesture controls. The iPad Pro also features a nearly edge-to edge-display and rounded corners. Its beautiful and very sharp looking. You can also charge your iPhone, essentially turning it into your own personal power bank. At the heart of iPad Pro lies the new A9X, a third-generation chip with 64-bit desktop-class architecture. It delivers up to 1.8 times the CPU performance and double the graphics performance of iPad Air 2. So even the most demanding apps run effortlessly.

iPad Pro runs iOS 10, the world’s most intuitive, advanced, and secure mobile operating system. And with improved built-in apps and multitasking features like Slide Over, Split View, and Picture in Picture, iOS 10 helps you get more done in powerful yet simple ways. Whether you’re researching on the web while writing a book report or browsing your photos while creating a presentation, you’ll get more out of your iPad than ever before.

There’s a new iPad Pencil stylus with support for gestures that let you switch between the different digital brush styles. You won’t lose this one as easily as last year, since it clips to the side of the iPad with magnets. It even wirelessly charges when attached to the iPad, an improvement over the silly Lightning plug from last year.

For work, you can attach a keyboard. It felt just like the keyboard Apple launched with last year’s iPad Pro 10.5 but can adjust the screen to two different viewing angles, which is a nice touch.

The Final Thought
It’s the company’s first iPad not to include a home button, which allowed Apple to extend the screen vertically for a much more immersive experience. The bezels have been downsized on all four sides. Like the iPhone XR, Apple is referring to this screen as a Liquid Retina Display.The new iPad Pro comes in two screen sizes: 11 inches and 12.9 inches. The 11-inch model has essentially the same proportions as the prior 10.5-inch model. And the 12.9-inch model puts the same-sized display into a much smaller form factor. The new iPad Pro starts at $799 for the 11-inch and $999 for the 12.9-inch. Preorders begin today, and it ships on November 7th.