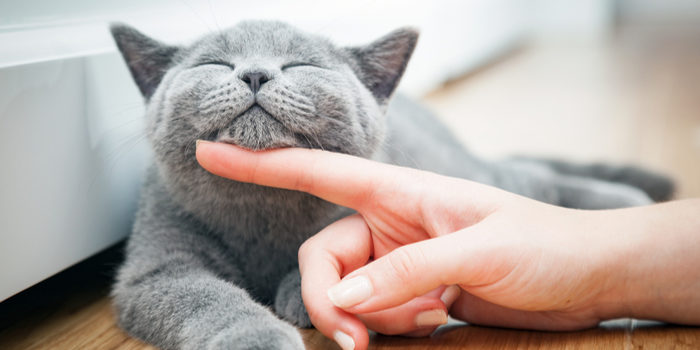 Cat1 Cat litter2 International Cat Day1
The internet is really only good for two things. Reading articles on your favorite website, and looking at pictures of cats. Since today is...

The internet is really only good for two things. Reading articles on your favorite website, and looking at pictures of cats. Since today is international cat day, there are even more cats on the internet than usual. In honor of our furry friends, today we’re going over some fun facts and trivia about the fuzzy little jerks we love. No dogs allowed, it’s International Cat Day!

We’re not saying cats are better, but we are saying that cats have almost twice as many neuron connections as dogs do. If you’ve ever seen your cat do something that would have required much more intelligence than you’d expect them to possess, then you were likely seeing the 300 million neurons in their frontal cortex going to work.

Scientists are actually unsure about how, exactly, cats purr. Everyone who’s had a happy cat in their lap can tell you that the fuzzy little balls of love vibrate when they’re content, but we’re not sure what the actual mechanism of this calming habit is. What we do know is that kitties purr in a variety of situations, from contentedness to distress, and often for conflicting reasons. Some cats have even been known to purr while injured, or while recovering from injury.

As it turns out, some tests have shown that cats’ purrs are at the exact frequency that helps to stimulate muscle and bone growth and healing. As such, the old adage about cats having nine lives might have more truth to it than we though. Even if a cat sustains a fall from a high location or gets injured in a fight, they can recover better than comparable animals of a similar size.

Domestic cats meow loudly to attract the attention of humans. This is adorable, of course, but it’s also a bit of a window into the behavioral psychology of cats. In nature, cats only meow when they’re kittens, just to attract the attention of their mothers. Once they’re fully grown, cats almost never meow at one another. As such, cats’ penchant for meowing at humans indicates that they are more kitten-like than adult cats that grew up outdoors.

This arrested development could also explain why domestic cats are so much gentler and sweeter than their feral counterparts. Where adult feral cats are terrified of humans and run from them, domestic cats seem to not mind the huge size difference between their caretakers and themselves. This is likely because they simply view their humans as parents, and themselves as permanent kittens.

A number of behaviors observed in house cats can also be seen on display in big cats like lions and tigers. Love of boxes, purring, chasing string around: these are all common indicators of an essential “cat-ness”. Even innocuous connections, like the love of catnip and the propensity to rub their faces on things they like, indicate a close connection between these dramatically different-sized cousins.

Unlike humans, who are right-hand-dominate 90% of the time, cats appear to be left-paw-dominant in nearly all cases. Only a few cats seem to show a preference for their right paws over their left paws. Anecdotally, some people claim that lefties are better with cats, or are more likely to be cat people, though the overall popularity of cats shows that this isn’t a requirement.