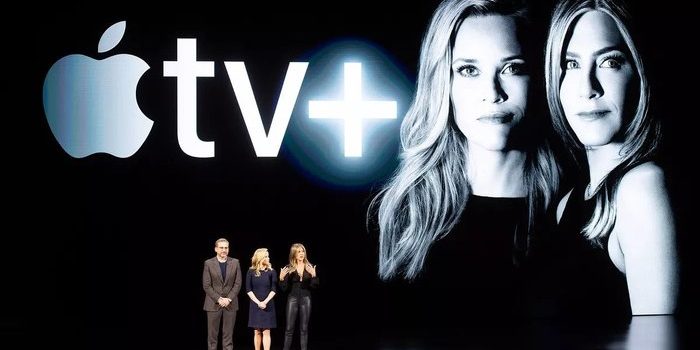 Apple TV+ News: What We Know

apple170 Apple TV2 Streaming Services2
It’s 2019, and it seems like everyone wants a piece of that sweet, sweet streaming money. When Netflix started streaming some select content on...

It’s 2019, and it seems like everyone wants a piece of that sweet, sweet streaming money. When Netflix started streaming some select content on their website over a decade ago, it seemed like a novelty that would do little to disrupt the way cable companies operated. Now, however, nearly every media company is trying to get a piece of the streaming pie. Between CBS All Access, Disney Plus, DC Universe and numerous others, the streaming field is extremely crowded.

Yet another huge name is entering the streaming world, with Apple TV+ announced to be landing before the end of the year. While pretty much every streaming service offers good video quality and great streaming content, the important differentiators between them are their exclusive content. So, what is Apple TV+ bringing by way of exclusive content to attract users away from Netflix and Hulu?

Apple has long been spinning up to become more “service-focused,” as they themselves have stated at numerous tech shows and investor calls. Apple TV+ is clearly the biggest part of that, and is meant to go hand-in-hand with other Apple subscription services like Apple Music. At present, many details about the service are unknown. However, speculation holds that it will likely cost less per month than Netflix in order to combat the streaming juggernaut.

Hard details, like the exact price, release date and availability, are all being kept under tight wraps for now. It’s safe to assume that the service will be available on Apple TVs, on iOS devices and on Macs. However, it’s unclear whether it will be available on other streaming platforms, like Amazon Fire TV, Roku, or Android TV devices. However, we do know some details about noteworthy shows we’re going to be seeing on the service. Read on for details.

One of the biggest marketing pushes we’ve yet seen for Apple TV+ has been for “The Morning Show.” While looks on its face like an actual morning show in the advertisements, it’s actually a scripted drama based around characters who work for a morning TV show. Reese Witherspoon, Jennifer Anniston and Steve Carrell are all set to star. The series will mark the return of Steve Carrell to TV after the end of The Office.

Interestingly, Apple seems to be betting big on The Morning Show, having already ordered two seasons of the show. It’s likely to be a cornerstone of the advertisements for Apple TV+, as the star power involved is tremendous. That said, the quality of the show alone will likely dictate how it performs. If it’s the smash-hit Apple is expecting, it could likely drive users to the service.

Speaking of star power, the fantasy epic “See” will be starring Jason Momoa and Alfre Woodard. Leveraging Momoa’s history of portraying fantasy characters and Woodard’s exceptional work with Marvel, the series will likely serve as a huge talking point for the service. “See” is set in a world where a virus has decimated most of humanity and left only a few million survivors behind. Those survivors have all been rendered blind by the virus. The show is set to take place centuries after the current day.

If “See” is the service’s keystone fantasy series, then “For All Mankind” is set to be the sci-fi end of the spectrum. The series will be helmed by Ronald D. Moore, of Battlestar Galactica fame, and will center on an alternate-history version of our own world. The series asks the question: what would happen if the space race had continued long after it ended in our own world? The speculative series will likely serve as the main sci-fi series for the service to round out the major pillars of TV favorites.