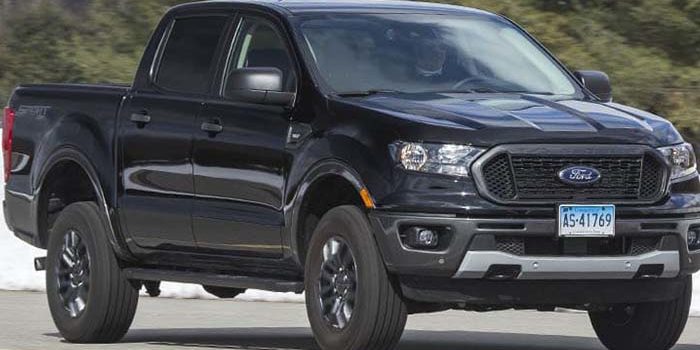 Ford15 Ford Ranger4 ford trucks2 Trucks9
After a long eight-year hiatus, the Ford Ranger is back on the market. The 2021 iteration of the vehicle comes in a bit bigger... 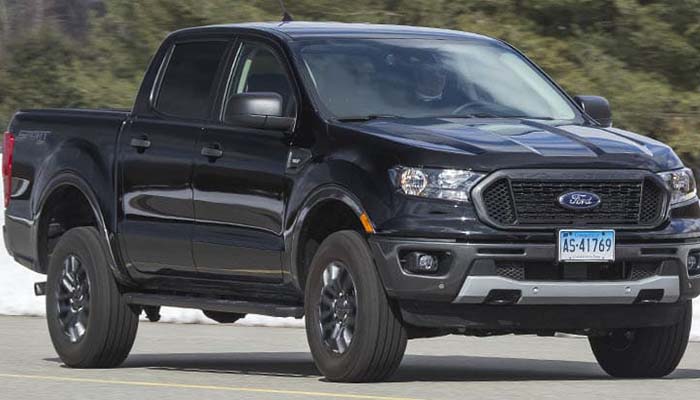 After a long eight-year hiatus, the Ford Ranger is back on the market. The 2021 iteration of the vehicle comes in a bit bigger and meaner than some prior builds, which reflects modern trends towards overall larger vehicles, even among compacts. Today we’re looking at the Ford Ranger to get a feel for its features and whether it’s a worthy successor to the name. Let’s talk about compact pickups!

The vehicle is stylish, to be sure. Fans of Ford’s trucks, like the F-150, will be pleased by the smooth curves and stylish creases found along the body. The grille is narrow and sleek, and the truck has an overall feeling of elegance and stylishness not found in some competitors’ compact trucks. It’s hard to mistake this vehicle for anything but a Ford, with its telltale body lines and iconic styling.

One of the weak spots for this new Ford Ranger is the interior. While far from “bad,” it’s not quite up to par with a lot of the competition. The build quality of some of the plastics, such as on the door and in the center console, is lower quality than we’d expect. Despite being a brand-new model for 2021, the Ranger’s interior feels straight out of 2009.

On the positive side, the infotainment system is stellar and quite user-friendly. It’s not hard to get your music going, to navigate through unfamiliar regions, and to handle all of your setting through the big touch screen.

What the Ranger is missing in the interior it more than makes up for under the hood. This is where that Ford name really means something: the engine can put out some serious torque, coming in at 310 pound-feet. It’s sporting 270 horses, and it puts out that satisfying rumble when you gun it. Interestingly, the same four-cylinder engine is present at all trim levels.

While the Ford Ranger’s base trim offers a better engine than most other compact trucks, the lack of options to upgrade to a V6 or diesel engine is notable. Most competitors’ compact pickups offer these as options, though this doesn’t mean that the Ranger’s engine is bad. It’s just an odd design decision.

Arguably the most important thing for a pickup is its ability to tow and haul. Thankfully, the Ranger has that area covered. The truck comes standard with a 6-foot bed, and can carry upwards of 1,560 pounds of payload. This makes it, far and away, the best pickup in the class for hauling cargo in the bed.

Meanwhile, it can tow up to 7,500 pounds, putting it near the top of the heap among compact pickups. Really, the only truck in the compact class beating the Ranger in terms of towing is the Chevy Colorado, which tows 7,700. A difference of 200 pounds isn’t enough to be notable for most uses.

Another important factor of any vehicle is the safety features. The Ranger offers a number of features standard, from the rearview camera to the forward collision warning. Automatic emergency breaking accompanies the pre-collision system, making the vehicle safer for many drivers.

Another huge safety features is the Ford MyKey system, which allows the primary driver to set volume level maximums and top speed limits for secondary drivers. This means you don’t have to worry about a teen driver cranking up the music and flying down the road!

The base trim for the Ford Ranger comes in at $24,000, making it a rather affordable purchase for most people. Higher trim levels can get up to $38,000 or more, depending on the options you want to add to the vehicle. Either way, this is a solid compact pickup, and a good choice for anyone who needs to tow cargo.